You are here: Home / Uncategorized / AI Image Generation Has Come To WordPress

I’ve been messing around with AI image generation software, Dall-E 2, for a while now and have had quite a bit of fun impressing friends and family. Scientists, artists, and developers have been working together to see how far they can get with computer-generated graphics.

The AI models have been trained on millions of images and have become incredibly good at generating never before seen art from plain text input. Below are a couple of images generated from my friends and family using Dall-E 2.

But now, it gets really interesting. I saw a post from a friend that mentioned a new plugin integrating these kinds of tools within WordPress. Imajinn has created the Imajinn AI WordPress Plugin, so I decided to try it out.

So, What Does It Do?

The block provided by this plugin generated the image at the top of this post after I gave it some direction. The block prompts you to enter a detailed description of the image you want to generate. You have some additional options to select the style of the image, an artist to mimic, and a style modifier.

The Imajinn plugin generated the image at the top of this post using the prompt, “An Italian plumber jumping up blocks while bouncing off of a green turtle with wings,” with the image style set to “Nintendo.” Just to give you a sense of the variety in imagery this AI can create, I generated another image with the same prompt, with the artist set to “Vincent Van Gogh” and a style modifier of “Detailed & intricate”. This generated the following image.

Probably not what you’d expect to see given the prompt, but there you go. AI Image generation has a long way to go before artists should be super worried and I would much rather work with a human artist over a computer anyway. But there’s something to be said about having a finished piece of original artwork in just a few seconds.

The plugin is currently in beta, so head over to the link above and give it a try on your site. I’d love to see what you create! 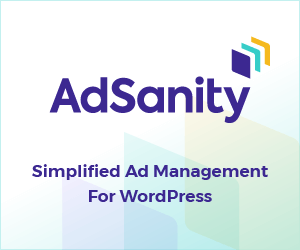