You are here: Home / Kids / There Are Tough Decisions and Easy Decisions

Andrew and I went to Target the other day to get some new Disney Infinity characters. You see, ever since Andrew got this game, he’s been saving every scrap of money he finds, earns, and has been given with the goal of getting all the characters. Last weekend Target was having a sale on characters, so Andrew jumped at the opportunity to build his collection. He had already saved enough money so that he could buy two new characters (or a set), but with this sale he could just about get a third. He buckled down and cranked out 15 pages of neat writing and careful coloring in his “Fun Book.” At 50¢ a page, he earned the last bit of cold hard cash he needed to buy a third character. He was ready.

We set off to Target with his money jar in hand. The excitement was palpable. We took a beeline straight to the electronics section of the store. As we approached the display, I could see the inner turmoil burning. As he shuffled his feet back and forth, he chomped feverishly at his fingernails, eyes scanning every package. He turned to me.

“Dad. There’s only one problem…Which ones do I get?”

He’s been playing through The Incredibles storyline, but only certain characters can accomplish certain tasks (an evil, yet genius marketing ploy). I pointed him to Mrs. Incredible and Violet (they didn’t have Dash or Syndrome). He picked up the Mrs. Incredible box. I could see him replaying each mission he’d already played in his head weighing the value of Mrs. Incredible as a companion. He did the same with Violet.

“Remember that mission that only Violet gets to do?”

He put the Violet character back. Back and forth he went between Violet and Mrs. Incredible. Then he stopped. Something else caught his eye. The Jessie and Buzz Lightyear set. We probably spent twenty minutes weighing his options. This decision was going to be very deliberate. He earned that money, and by gosh, he was going to get his money’s worth. In the end, he settled on getting Mrs. Incredible and the start of his next adventure, the Jessie and Buzz Lightyear set. This may have been one of the toughest decisions he’s ever had to make.

I had been playing the role of the escrow account, so I handed him his money when we got to the register and he got to make his own purchase. The cashier seemed amused at this ritual, and happily handed him his change – $2.41. Andrew pocketed the cash and we headed for the exit.

On our way to the car, he slowed down as he often does when he’s distracted by something. I turned around, and urged him to catch up. He ran up and tugged on my shirt.

“Why? Should we have stopped?”

“That guy sitting on the chair when we left Target. His sign says Homeless Veteran and he has a bucket for donations. Dad, can I give him some money? I have $2 left over from my characters.”

“You want to give him some of the money that you worked really hard for?”

“Yeh. Can I give it to him? No one should be homeless. That means he doesn’t even have a home!”

“Okay. You can give him something if you want to.”

We walked over to the man, Andrew looked him in the eye and said, “Here you go.” He dropped $2 in the bucket and walked away with a smile on his face. On our way to the car, out of curiosity I asked him, “Why did you want to give that guy your money?”

“Because he needed it, and it made me feel good to help him out.”

Giving that guy his money was a total no brainer. 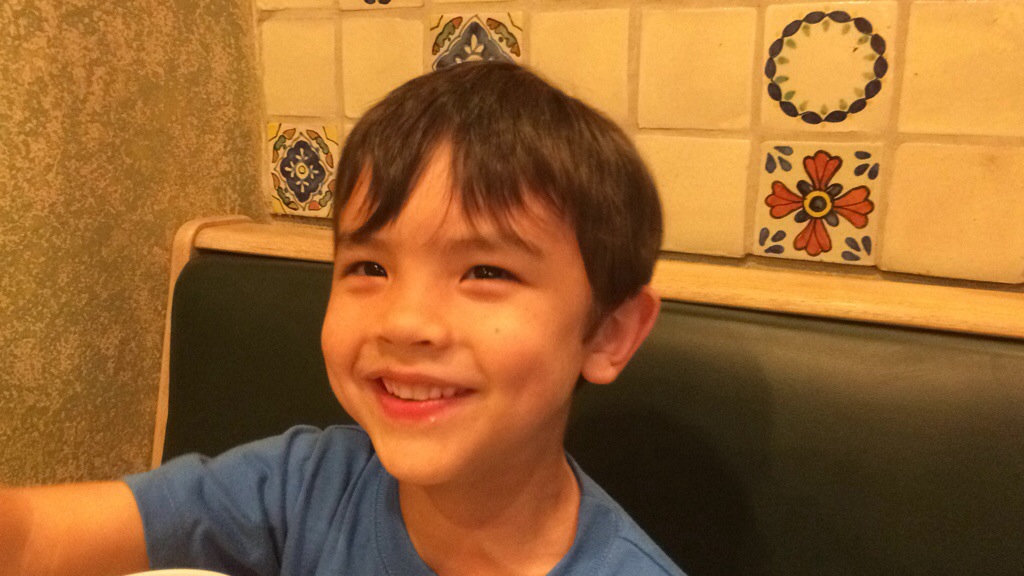 Being a parent is the most rewarding, exhausting, and insane thing that any person can do. That day Andrew reminded me of something that’s easy to lose sight of. Not everyone is as fortunate as we are. We need to look out for others like we did when we were young. The next time you see someone that could use a little help, think about that extra $2 you had left over from a purchase where you bought something you wanted. Think about how it would be if you were struggling to just get what you needed.